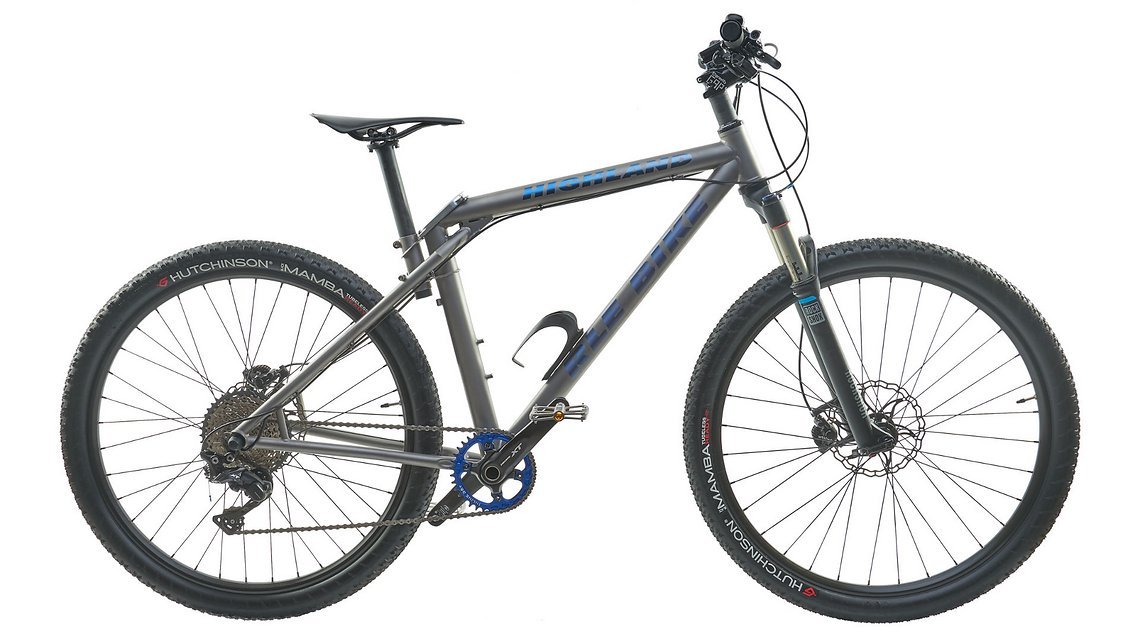 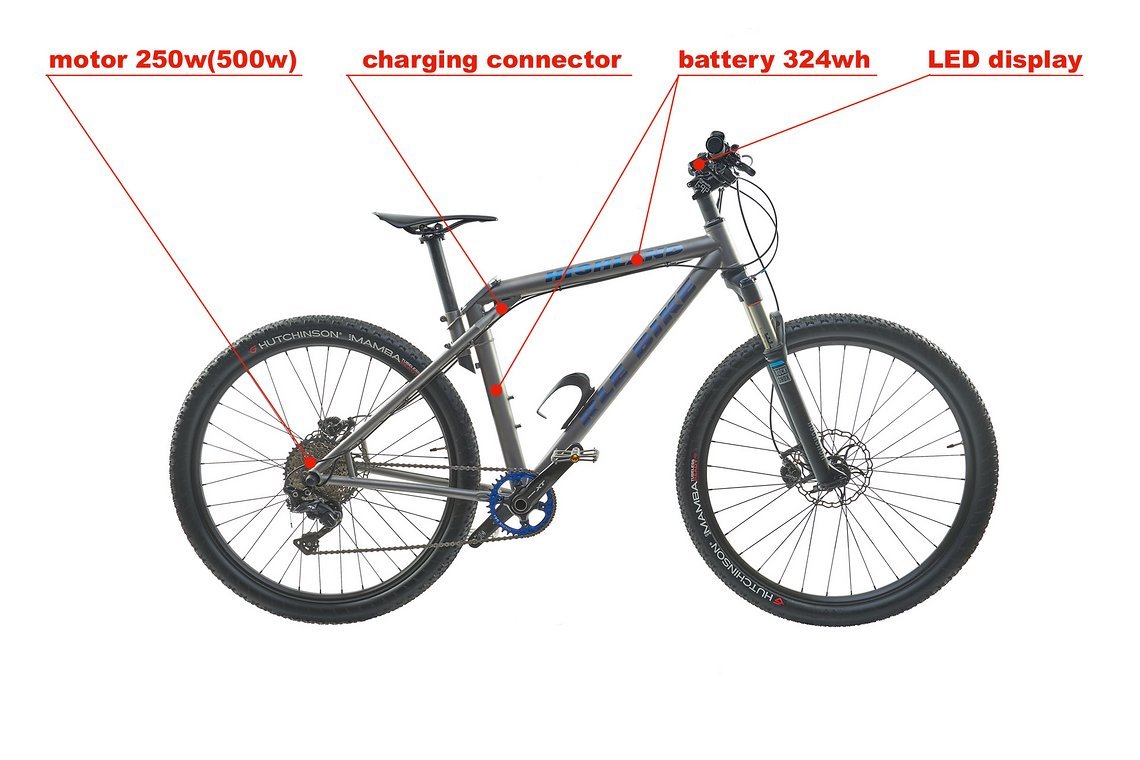 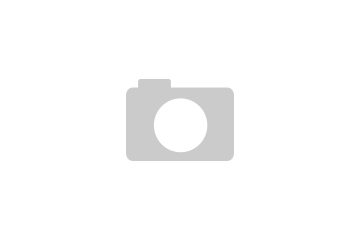 RLE Bike Highland: At the annual BikeExpo2017 show, the Moscow-based company RLE Bike publicly unveiled two lightweight E-Bikes: the RLE Urban for use within the city limits, and the RLE Highland, an off-road MTB Hardtail version. Both comply with European standards, but are barely distinguishable from non-E-Bikes.

The RLE team undertook the task of designing an E-Bike that wouldn’t differ from a regular, non-electric bicycle in either weight or appearance. The RLE Bike Highland is the result and it’s almost impossible to distinguish from a full-featured mountain bike, while its weight is only 13.9 kg. The batteries are hidden inside the frame, and the motor-in-wheel is integrated with the rear hub and very hard to notice. 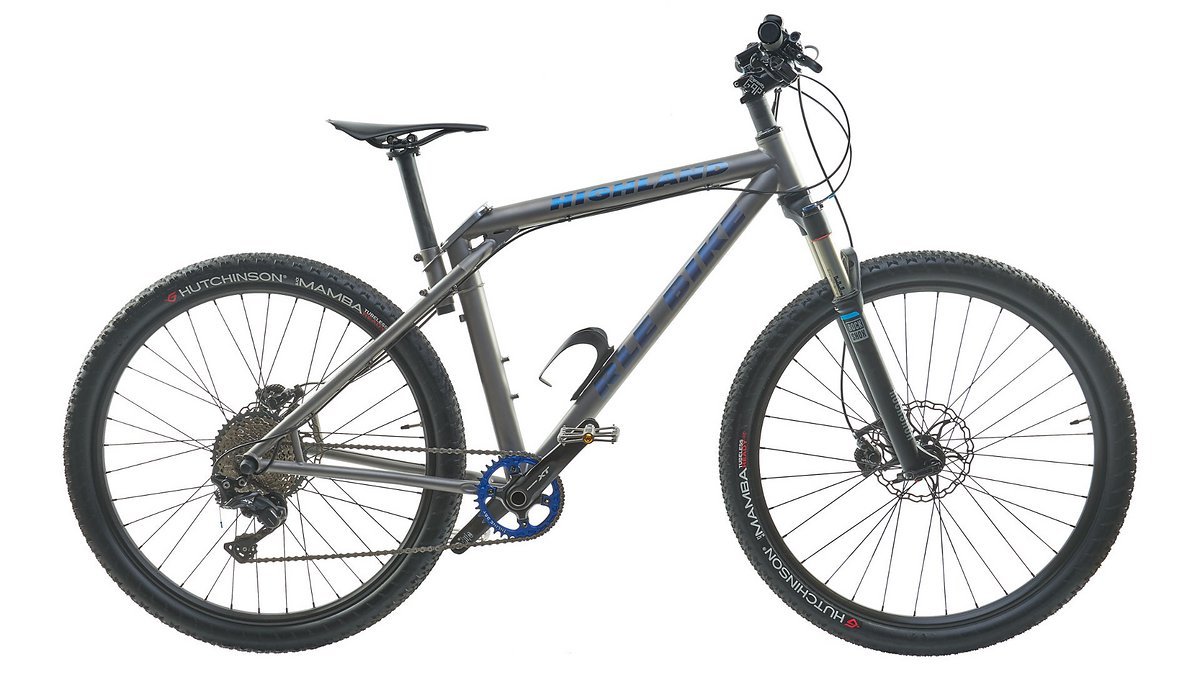 The electric drive complies with European standards and works in the so-called Pass Mode. This means the nominal power output of the motor is limited to 250 W, and the top speed limit is 25 km/h. However, the RLE team has slightly increased the speed limit for Russia, where strict safety standards are yet to be established. All RLE E-Bikes shipped to Europe will fully meet the European requirements. Worth noting, the main component of the E-Bike – its frame – is designed and manufactured in Russia. It’s made from a very lightweight aerospace titanium alloy, OT4, which is subjected to additional treatment for the purpose of enhancing its strength, fatigue life, and rigidity. The design of this one-of-a-kind bicycle frame has been patented. 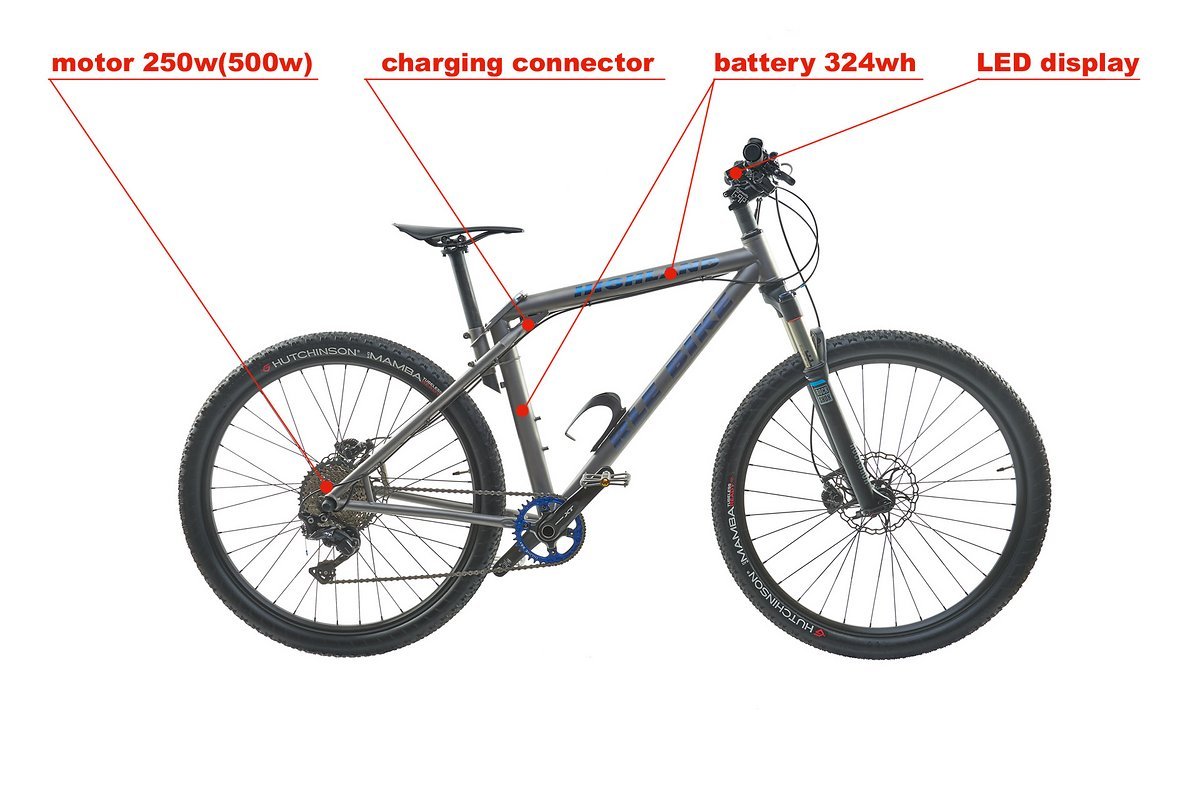 The RLE Bike Highland’s battery is also manufactured in Russia using cutting-edge Panasonic/Tesla elements, which aren’t on general sale. According to RLE Bike the battery capacity is sufficient to cover a distance of 50–70 km, provided the user pedals lightly. The RLE Bike Highland is also supposed to be a full-featured bicycle that allows you to ride around without engaging the electric motor.

Admittedly, the resulting price of the E-Bike is rather high. The entry-level model’s retail prices start at $3,885, while the top configurations come at up to $6,130.

The RLE Bike startup has gathered professionals specializing in cycling, electronics and electrical engineering, aerospace engineering, sales and marketing, as well as business processes. The E-Bikes are assembled in Russia, at the Redline Engineering production line, which has been engaged in enhancing the comfort of Mercedes-Benz cars for over 15 years.

What do you think of this new concept in the E-Bike market?

We want to hear your opinion!

Reply to this article.

You can read the full list of comments in the discussion forum.